WHAT'S IN A NAME?

Is your name just something your parents come up with or something that can define you?

How important is your name in a multi-faith family? 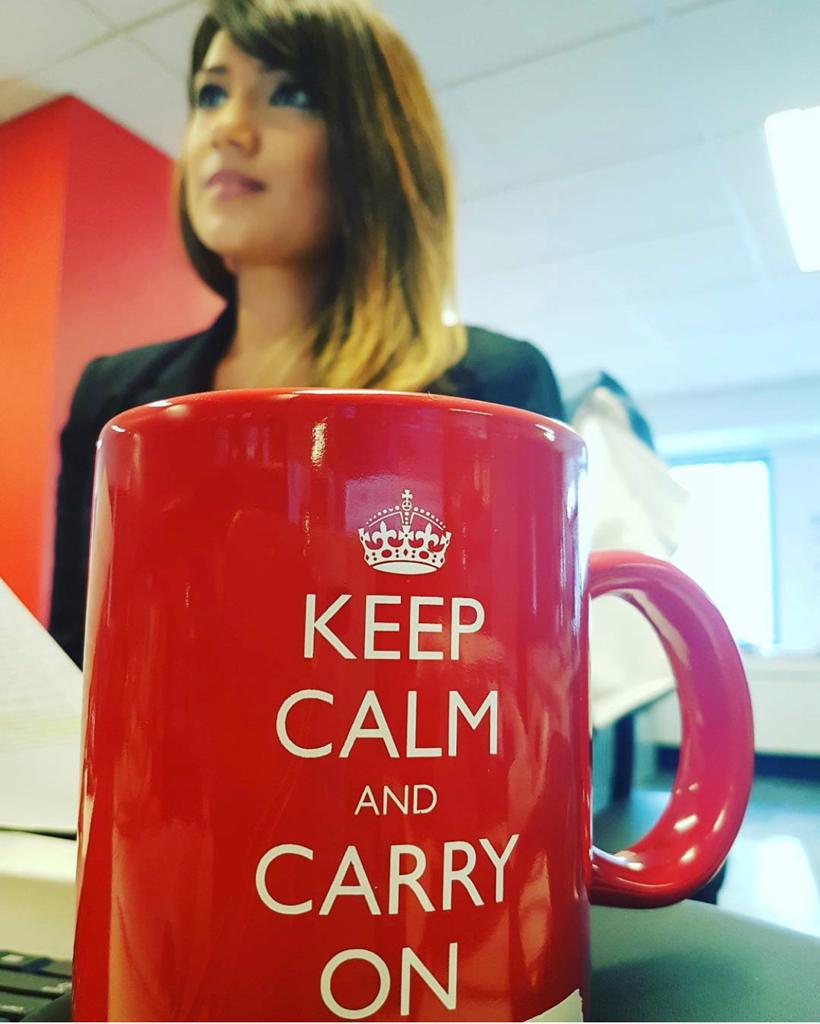 I wouldn’t say it was the biggest disagreement we’ve had, but it’s certainly on the list. When it came time to think of names for our daughter, my husband and I were not on the same page at all. Gavin, coming from a Catholic family with relatives named June and Karen, wanted an English name, whereas I, coming from a Hindu family with relatives named Apeksha and Usha, wanted an Indian name. It may seem superficial, but there’s so much more to a name than letters strung together, and we both saw it that way, but with different motivations.

I hated my name growing up. Despised it. Tried to convince my parents to change it. Everyone mispronounced it, and made it a punchline. Aarti, is a Sanskrit word, that essentially means a prayer offering. It’s a common Hindu name, and is pronounced like a cross between ‘ar-thee’ and ‘ar-tee’. But for reasons I still don’t understand, English speakers, turn the ‘t’ into a ‘d’ sound, as if that makes ANY sense, and I was called ‘Ardie’ for most of my life (some people still call me that now, but I try to correct them now!)

So why was ‘Ardie’ a problem? It botched my name to sound like a White man’s name. There were times when my name was on a schedule for work when I was growing up and people expected a guy to show up, they were very confused when I reported for duty. It also rhymes with some unfortunate words and slangs which helped high school bullies out...there was even a kid who made up a terrible song, to make fun of me with the mispronunciation and all the words that rhyme with it. People have suggested I change my name, or the spelling to make it easier for English speakers, I'm not sure why I would do that. If you can learn to pronounce "Tchaikovsky" surely my name isn't so tough.

If having an ethnic name can be so difficult, people might wonder, why on earth I’d want to put my daughter through that. Well, because the identity and connection to my culture that came with my name as I grew more confident about it, is so very valuable. Growing up in a mainly White country (especially during the 80s) I hated being Brown. I hated being Indian. People made fun of it, made racist comments and jokes. Why couldn’t I just be Sarah Smith with brown skin? I remember when I finally decided that once I start university, I would correct people saying my name. It was a game changer. It was when the self-loathing of being a person of colour left me. I decided I was proud to be an Indo-Canadian. I was so grateful that I got to go to Indian cultural events, perform classical Indian dance, compete in Indian folk dance competitions.

That was all in addition to the ‘Canadian’ culture I was a part of. My heritage was a cherry on top, and my name solidified my identity. I love my name now, the struggle of correcting people, and people complaining that I should spell it phonetically, is all character building in my opinion. Growing up immersed in Western culture, it’s very easy to lose your roots. Schools celebrate Christmas and Easter, not Diwali and Holi. English is the official language; on the radio you hear mainly American artists and music; in gym class we learned Square dancing, not Kathak or Garba. So if my parents didn’t go out of their way to expose and immerse me in Indian extra-curricular activities, I wouldn’t know the rich culture I come from. My name, for me, is an important symbol of who I am, and it is something I now, take pride in. There’s my argument. But my husband had a strong one too.

According to a study Canadians with Asian names applying for jobs, are 20 - 40% less likely to receive a callback, because of their name, and other research shows visible minorities earn less than their White colleagues. As her parents, with something as simple as a name, he argued, we have the ability to give her a leg up, just by giving her an English name. He believes his non-ethnic name, and somewhat ambiguous appearance helped him not be the victim of discrimination. On top of the potential employment benefits for our daughter, when we were discussing names, there were a lot of news stories about hate crimes against ethnic minorities - he argued, if people can’t assume her ethnic identity based on her name, she might be a little more protected. First of all, can you imagine considering that while deciding on a name for your child? That’s a whole other blog entry for another day.

Ultimately, we ended up going with a name that is Indian, but easy to pronounce. That was the compromise. (Although, who are we kidding, I birth the child, I name the child, right?!)

I don’t know if she’ll extract from her name what I do from mine: pride, identity, roots. But we can make sure she’s surrounded by diversity, and exposed to as much of both of our cultures as possible.

My husband’s family is in Toronto (where we live), so the exposure will be more accessible, but my family is mostly in Vancouver. I’m not sure how frequently we’ll be able to take her there, but for now, I’m diversifying her nursery with books and toys that teach her about her heritage, and other cultures. Hopefully, when she is eventually able to get out in the world (post-covid?) she’ll be accepting and aware of different cultures, how they co-exist, and how it makes her life experience more rich and rounded.

All we can do is our best, and hope some of it sticks.

I thought this would be easier...

Pregnant during a global pandemic